Food for the Soul

On April 11, supporters of Orran were in for an unforgettable evening as the charity's old and young beneficiaries took on the stage at the Hrachia Ghaplanyan Theater in Yerevan.  The list of songs included traditional folk as well as pop songs.  The choir of the elderly named Rainbow was created four years ago by Orran founder Armine K. Hovannisian.

"Raffi and I thought that the elderly need much more than just a hot meal.  They also needed something to nourish and uplift the soul.  What greater way to do so than through music".
The forty minute show also featured the drum group from Vanadzor whose stage costumes were sewed by the older children of Orran Vanadzor.
Among the guests were Ambassadors, dignitaries and beloved artists and friends.
Orran was founded in the year 2000 to assist children and elderly in need. To date, thousands of families have been helped by Orran. 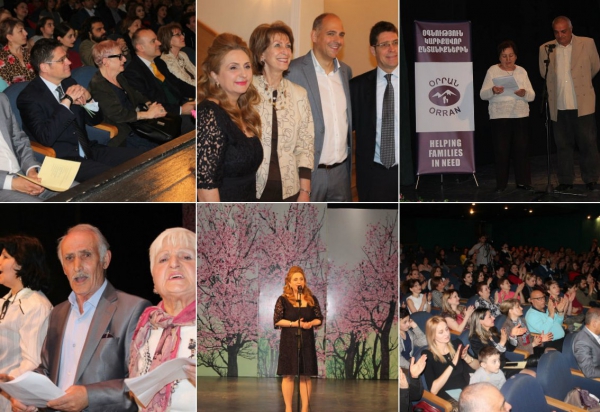